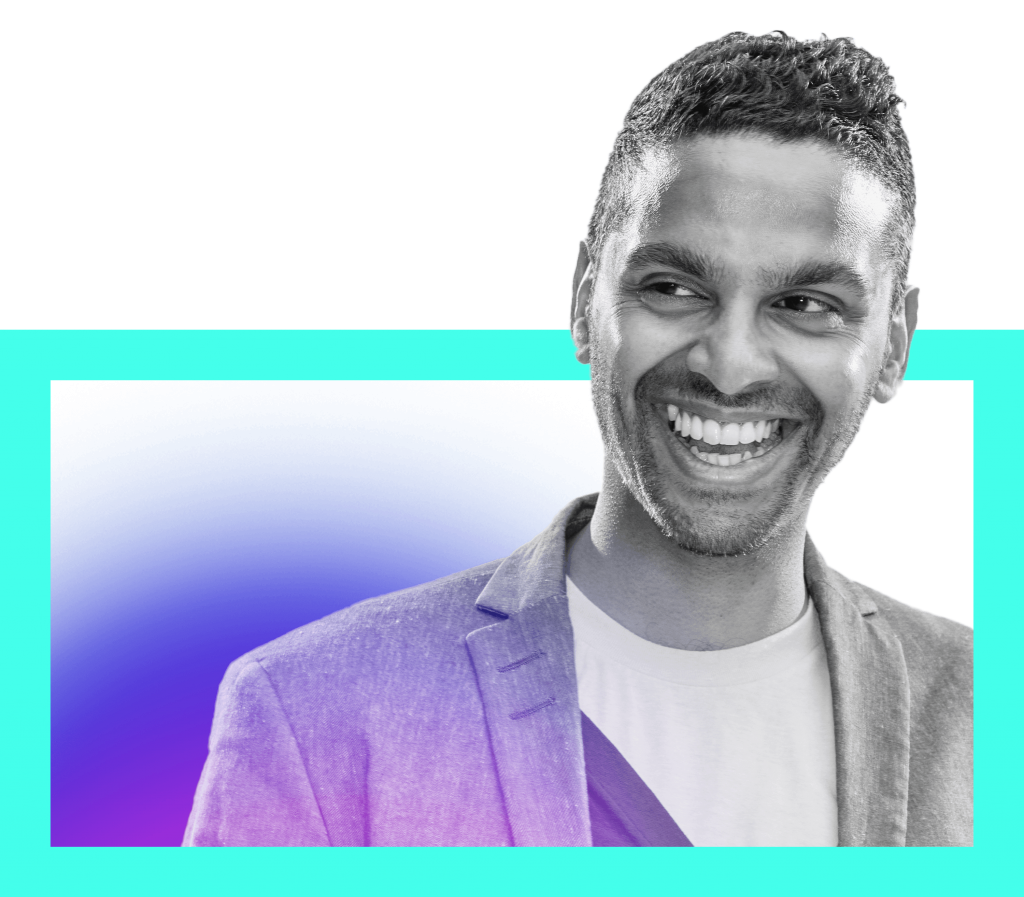 The idea of a meditation retreat is deeply romantic. But the reality can be very different. Join our host Rohan Gunatillake on his first retreat, at a monastery in the English countryside, where he locks in to his meditation practice for the first time – and on the same night, almost gives it up altogether. 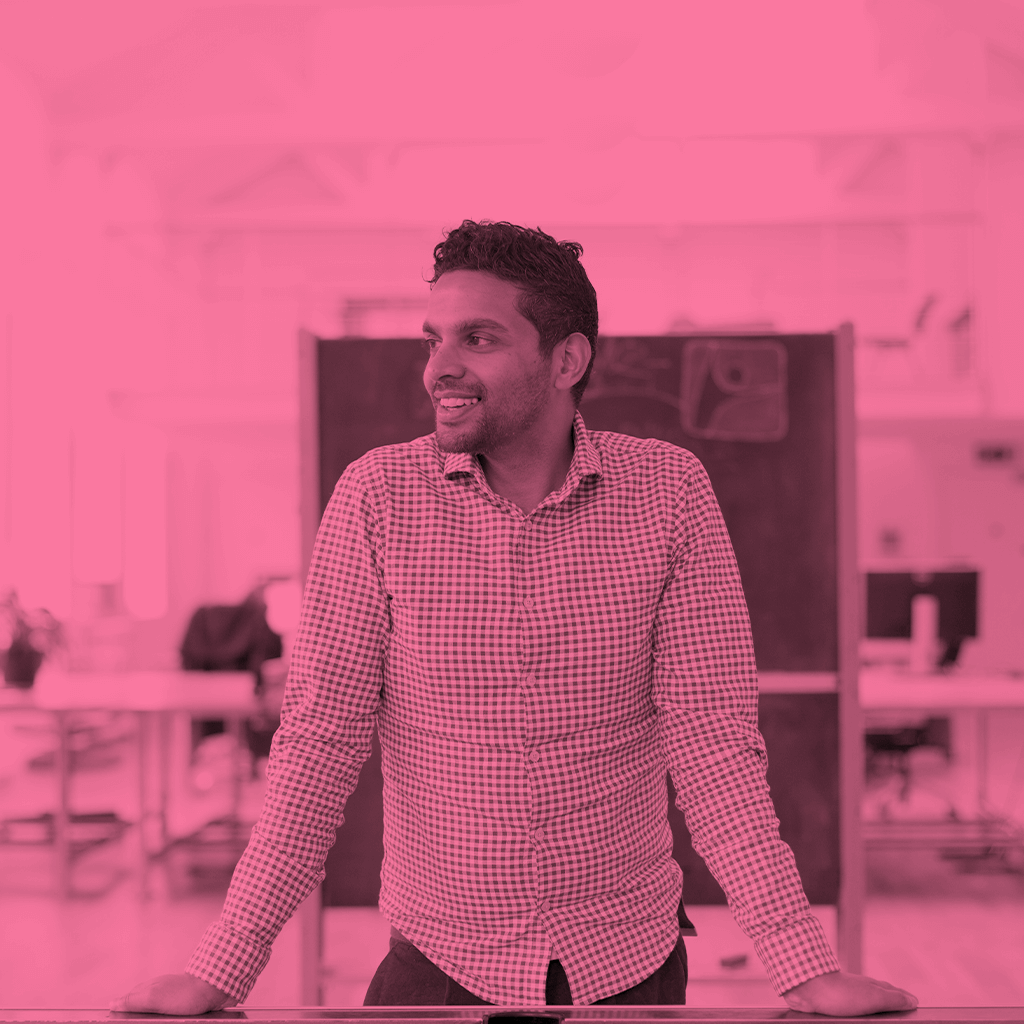 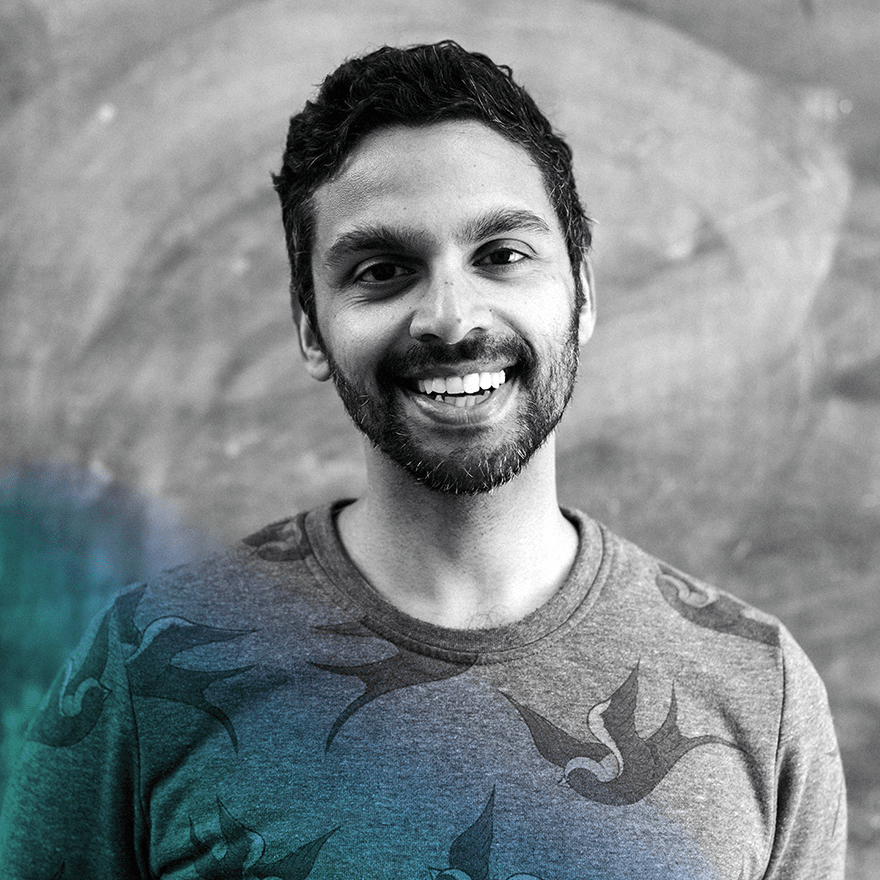 Sister Santacitta leads a simple breathing-based meditation as the main practice for the session. Softening the body. Knowing the breathing. Noticing distraction. Coming back. She shares the instructions in her clipped Austrian accent, and while I’ve done a bit of this style of meditation before, something is different. The occasion, the teachers, the space, the community of people all around me with shared intention. I lock in. The mind open. I get a little bit high to be honest.

ROHAN GUNATILLAKE: The idea of a meditation retreat is deeply romantic. But the reality can be very different.

Hi it’s Rohan, your host of Meditative Story, and this week is another of my solo episodes. And today instead of reflecting on what is happening right now in the story of my life, I wanted to go back a little bit in time to the first meditation retreat I ever went on.

You really don’t need to go on retreats to get a lot out of meditation but it can help. Especially if you want to get deeper into things, which as a younger man I absolutely did. I first got into mindfulness and meditation when I was 22, and I guess you could say I went deep quite quickly. Because over the next five years, I think I spent almost a year on retreats. Some were long, some were shorter. Some were far from home, with trips to the U.S. and South and SouthEast Asia.

But it was closer to home, at a monastery north of London, where it all started. As it happens, my retreat adventures came pretty close to ending there too. But we’ll get to that.

That’s me warmed up, ready to tell my story. How about you?

Relaxing the body. Knowing your signature areas of tension. For me it’s the shoulders, the jaw. Deliberately softening those areas – your areas. And letting any release you feel flow through the rest of your body. The body relaxed.

Enjoying breathing. Not breathing in any particular way other than how you already are. This rhythm, this process that is always here, an essential part of life. Kissing it with our attention.  The body breathing.

Calling in the senses. For me, a lot of mindfulness is about being intimate with the environment around us. And how we know our environment is through our senses. Feeling touch, hearing sounds, knowing smells, tastes, and seeing that which is here to be seen. The senses open.

As you might see in my story, there can be a lot of tension in how people approach meditation. So we have to look out for that. Noticing any contraction or loss of energy in our awareness. The mind open.

I’d booked a weekend retreat for mid-October. I’ve only attended my first ever meditation class eight months prior to that, and don’t know anyone who’s ever been to one before. So I don’t really know what I’m doing to be honest. But I’m so excited. Not only is it my first retreat but it’s at a well-known Buddhist monastery. So cool. It starts on a Friday evening and runs till late Sunday afternoon. And it’ll be taught by two nuns. So cool. I’m 23.

A month or so before the retreat is due to start, I look at the likely daily schedule on the website. Early start, breakfast, lunch (no dinner, monastics in this tradition don’t eat after midday), and lots of meditation sessions all through the day, alternating sitting and walking, with teaching sessions morning and evening. And during a weekend where I’m by myself I decide to try it out by myself as a practice. I last about 45 minutes tops. But that’s OK. It’s going to be so cool. I’m very excited.

I get the train up from London to Hemel Hempsted and take a cab to the retreat center. It’s in a village called Great Gaddesden which is right up there when it comes to English countryside names. The driver is chatty when I get in, but when I tell him where I want to go, he goes quiet. I guess he’s not too sure about this meditation stuff. It’s OK.

I register and find out I’m in the male dorm room, which I’m delighted with. Before being a monastery, this was a residential school, and many of the original huts are still there, including the little complex which makes up the retreat center. A connected trident of huts, dorms, and lounges for men and women, and in the middle prong, the meditation space. All built of Canadian cedar. Solid and beautiful.

The container of silence doesn’t start until Friday evening so I drop my bag and head to the nearby hut where meals are put on. There is soup and bread. It’s good and there is a lot of chitchat.

In later years I come to think that silent retreats are a great paradox. As a young meditator I often struggle to find people like me, and then when I do, I can’t speak to them.

I enjoy the chit chat but when the bell sounds, it’s game time.

I’ll never forget that first evening session. I don’t really understand what the form is, and it feels like everyone else does. So I shuffle in and take a cushion, not at the front (I don’t want to appear too keen) nor at the back (I’m not too cool for meditation school). I sit cross legged with pretty good posture and get a sense for where I am.

The two nuns come in. One is small, the other tall and slender. They both of course have shaved heads, and in their deep orange robes, I feel so much personality emanating from them.

The space drops into a hush and the little noises as they bow, light candles, and settle into their seats is a kind of music.

Sister Anandabodhi is all smiles and welcomes us warmly. Sister Santacitta is less expressive, but I sense a kind of power from her.

Sister Santacitta leads a simple breathing-based meditation as the main practice for the session. Softening the body. Knowing the breathing. Noticing distraction. Coming back. She shares the instructions in her clipped Austrian accent, and while I’ve done a bit of this style of meditation before, something is different. The occasion, the teachers, the space, the community of people all around me with shared intention. I lock in. The mind open. I get a little bit high to be honest.

Noticing my mind slipping away, I open my eyes to ground myself. I know instinctively to do it, and it’s one of the first examples of a natural wisdom that I think you have access to when you are in and around wise people.

The night has come in since we started. It’s October after all and now that it’s almost nine, the candlelight is the only light in the room. The flickering. The stillness. I draw up my knees to my chest, hug myself, and very softly look around. I can’t believe I’m here. I think I’m in love.

The session closes. The first sitting in the morning is at 6:30. We’re wished a good night and file off to our respective dorms. I take a short walk outside. The retreat center is on the side of a working monastery, and so I imagine what the thirty or so monastics are doing. All no doubt in deep meditation.

It’s past 10:30, so I settle in for bed. People are still shuffling around in the dorm but that’s ok, and the lights are soon off. I’m not yet used to waking up early, so I want to make sure I get a decent night. That’s when the snoring begins.

It’s coming from a few beds down and while it starts off a bit of a nuisance, it very quickly escalates to being unbearable.

It’s ruined. My meditation retreat is ruined. This was my chance to get some deeper meditation experience, and now it’s over. I won’t sleep, will miss breakfast, troop into the practice sessions and basically be a zombie. The teachers will see I’m not really doing it right and kick me out. Why has he ruined my life? Why me?

I look around but others seem to be sleeping through this. What are they doing that I cannot? What’s wrong with me?

Amaravati, the name of the monastery where the retreat center is, means Deathless Realm. Sleepless realm more like.

I try every possible sleeping position but it’s no use. It’s probably too late to call a cab to go home. I’m devastated. Actually devastated. It’s now 1 a.m. I think I’m crying.

In all the inner turmoil. Something pops. Mind open.

I take my duvet and drag it to the adjoining lounge. I lay down on the couch there and go to sleep. I’m asleep within moments. Less even.

The rest of the retreat is as beautiful as that first evening candlelit session.

The turmoil of the previous night is a memory.

That Saturday, the one full day of the weekend is hard but wonderful. The teachers are incredible and manage to share the depth of their wisdom in such a way that even beginners such as me can taste. It’s a skill I learn to really appreciate.

Instructions on being yourself.

I think about that night often.

About how close I was to packing it in, to giving up.

But I didn’t. And I went back to that retreat center several times in the couple of years after that, igniting in me a love for retreats that propelled me for a decade.

It’s been a couple of years since my last. But I feel their impact on me every day. Walking across the kitchen. Picking up my kids from school and nursery. Checking my emails.

So what’s the lesson here?

Maybe for you it’s different, but for me, it’s something about how fantasy and reality are not the same.

But reality is awesome.

Also some people snore A LOT, and it’s really annoying, but we can always leave the room and that’s OK.

I also think a lot about my first two retreat teachers.

Anandabodhi and Santacitta ended up leaving the UK and moving to California in 2009, setting up a training monastery for women to ordain as Buddhist nuns called Aloka Vihara. Aloka means light. And that is my forever memory of them. Silent in the candlelight. Opening my eyes during that first session and not believing I was there.

But I am here. And so are you.

Sure, and thank you snoring guy. You did me a big favor, you know.